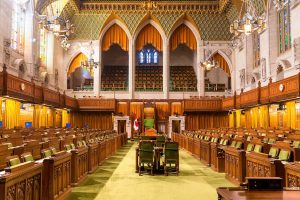 Did you know that Canadian law is unique? Our laws have evolved over time, and continue to change in response to new challenges and needs. If you’re interested in learning more about the history of law in Canada, or want to know why our laws are different from other countries, then keep reading! In this blog post, we will discuss the evolution of Canadian law, where to learn more about it, and why our laws differ from those in other countries.

What Every Canadian Should Know About Their Legal Rights

The Canadian legal system is founded on the English common law system, which was brought to Canada by British colonists in the 18th century. Over time, Canadian law has been influenced by various other legal systems, including the French civil law system and the Indigenous laws of First Nations peoples. As a result, Canadian law is a unique blend of these different legal traditions.

The evolution of Canadian law

One of the most important changes to Canadian law came in 1982, with the enactment of the Canadian Charter of Rights and Freedoms. This document guaranteed certain fundamental rights and freedoms to all Canadians, including freedom of speech, freedom of religion, and equality before the law. The Charter has had a profound impact on Canadian society, and has been used to strike down many laws that were previously seen as constitutional.

Best places to learn about the history of law in Canada

There are a number of excellent places to learn about the history of law in Canada. One option is to take a course at a local college or university. Another possibility is to visit one of the many museums that focus on this topic.

The Canadian Museum of History, for example, has an excellent exhibit on the history of law in Canada. Finally, there are many books and websites that provide detailed information on this subject. Whichever option you choose, you’re sure to come away with a greater understanding of the role that law has played in shaping our country.

Why are Canadian laws different from other countries?

One of the main reasons why Canadian laws are different from those in other countries is because of our unique legal system. As we mentioned earlier, Canadian law is a blend of the English common law system and the French civil law system. This unique mix of legal traditions has resulted in a legal system that is quite different from what you would find in other countries.

Another reason why Canadian laws are different from those in other countries is because of the Charter of Rights and Freedoms. This document guarantees certain fundamental rights and freedoms to all Canadians, which has resulted in a number of laws being struck down by the courts. Finally, Canadian law is also different from other countries because of our unique geographical position. We are located between the United States and Europe, which means that we are often influenced by the laws of both these regions.

There you have it! Everything you need to know about Canadian law. We hope that this blog post has been informative and helpful, and that you now have a better understanding of our legal system. Thanks for reading!